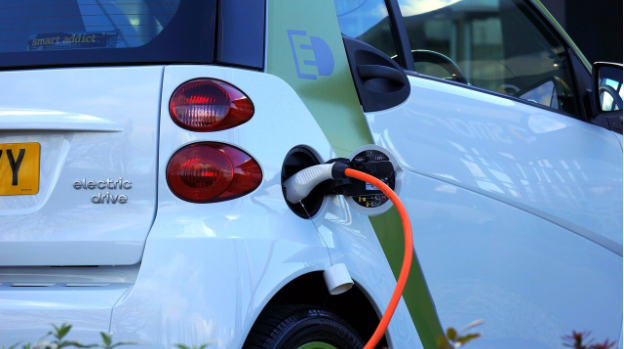 The average commuter spends 45–60 minutes of their workday stuck in traffic. Traffic is getting worse because there are more and more cars on the road, but many of these cars only have one person in them: the driver.

The Lux team knows that most cars aren’t the most efficient way to move a single person over short distances, so they want to make a comfortable, weather-proof alternative to traditional cars. They also want to make electric cars more popular by giving people an affordable, entry-level option. Lux will be a low-cost, single-passenger electric commuter car.

From Early Stages to the Present Prototype

Lux has been in the works for two years. It started as a project for a team building a vehicle for the Shell Eco-Marathon. The goal of the competition is to make a prototype of a (nearly) street-legal, one-person vehicle that is as efficient as possible. The full-scale chassis and body of Lux’s first version are done and will be used in the 2019 competition. Lux’s control and locomotive systems are currently in an initial design iteration, and the team is in the process of installing the current prototype of the car’s safety systems (e.g., lighting, seat belt, braking system).

The Mechanical Designing Courses inspired Team Lux to make the car’s design more human-centred so that it could be sold as an all-electric commuter vehicle for one person. Critical parts of this design are ergonomics, modularity, standardisation of parts, and compliance with regulations.

As part of the Global Product Development class, Team Lux had the chance to go to Hong Kong and learn from experts about manufacturing, design, and packaging in one of the world’s biggest technology hubs!

After this trip, the team realised they needed to ensure the engineering designs matched what they were saying in their marketing pitch. They also learned how vital it was to understand the market they were targeting. For example, Hong Kong may have interesting technology resources to look into, but the city’s excellent public transportation might not be the best place for their car to sell. The team wants to know, on both a local and a global scale, where the needs of the Bay Area market are similar to other markets so that they can get a good idea of how well their product will do.

Next steps for Lux

In Hong Kong, the crew met with IT company entrepreneurs. They stated investors are interested in goods at any stage. The team’s early stage is no justification for the lack of defined goals and growth. Thinking about “next steps” can help them convincingly propose what they need. Using various pitches for investors and customers might help spread their message. Last week, they focused on company ideas and product packaging.

At 14,880 units sold in 2021, electric passenger car sales are expected to increase more than quadruple this year. According to current statistics, the sales of electric passenger vehicles were 12,311 units in the first four months of this year (January-April). Students in India are also set to Learn the Design Engineering Courses in Chennai to design a product that can compete with something like the Lux.